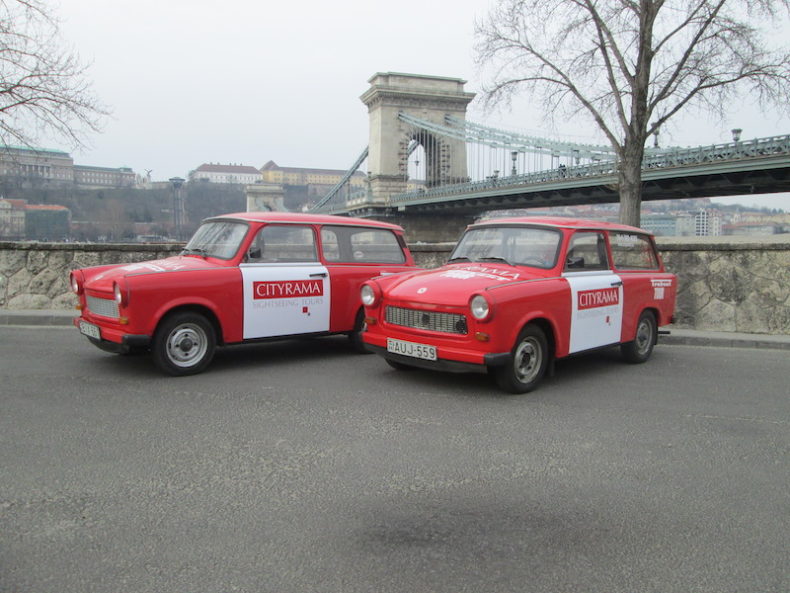 Have an utterly unique Budapest sightseeing experience traveling in (and even driving!) a genuine Trabant car, the pearl of former East Germany. During this one of a kind guided tour, apart from visiting the top attractions of Budapest, you will also learn about the life of Hungarians in the Communist era, while enjoying the comfort of the very special retro car, the Trabant.

Trabant tours run daily throughout the year.
Available tour hours: 10 am and 2.30pm.
Bookings are accepted minimum 2 days in advance.

Did You Know About Trabants?

Trabants were manufactured in the former East Germany between 1957 and 1990, and soon became the most common automobile of the era. Produced without significant changes for nearly 30 years, the Trabant is often seen as a symbol of the Eastern Bloc in general. As selling these cars were a state monopoly, it often took up to 10-13 years to buy a Trabant in Hungary, and there were long waiting lists in other countries too.

Safe to say, the Trabant was far from a masterpiece: it was loud, slow (21 seconds from 0 to 100 km/h!), and made of poor quality hard plastic – and remained basically the same until the 90’s.

That being said, Trabants were very popular, and among rally racing enthusiasts and old car collectors – they still are.

Romantic Things to Do in Budapest