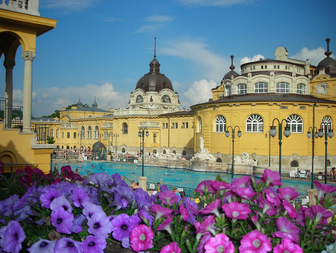 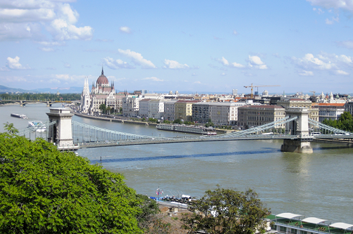 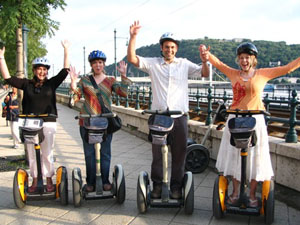 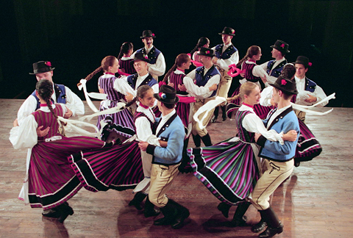 Top Ten Secret Things to Do in Budapest 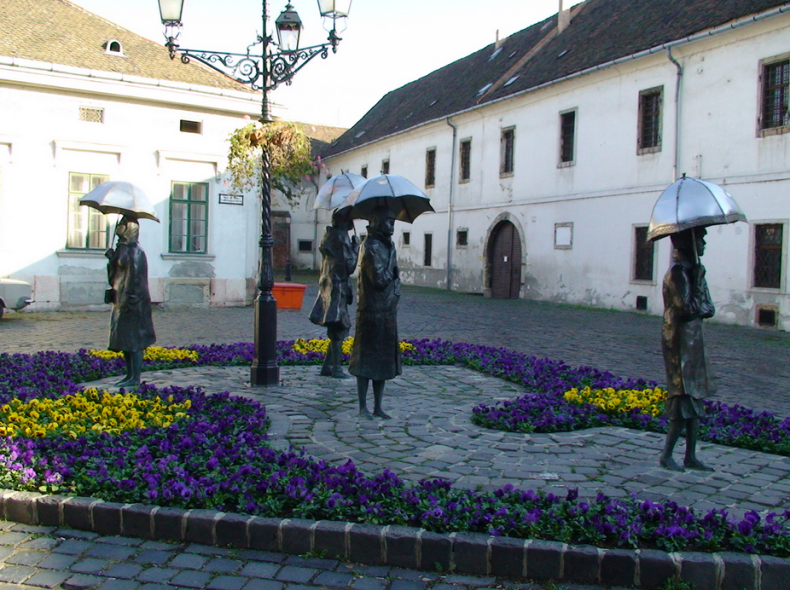 Budapest is full of secrets, which are often hidden from the eyes of Budapest tourists. A good Budapest travel guide will surely have a chapter on hidden gems in Budapest, or things to do off the beaten path. Such hidden attractions are often called the secrets of a city, off the beaten track. Does Budapest have such treasures? Sure, she does. 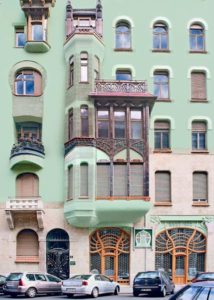 This unruly collection is in and under a pleasant cafe featuring many Art Nouveau items of Hungarian and international origin (mostly Hungarian): jewelry, furniture, lamps, mirrors, furnaces, plates and cutlery.

Anything characterized by the features of Art Nouveau (also called Secession / Jugendstil). We like to sit in the cafe to take a rest when walking around central Budapest, read some papers or get on the iPad.

The House is located within 2 min walk of the Hungarian Parliament building. 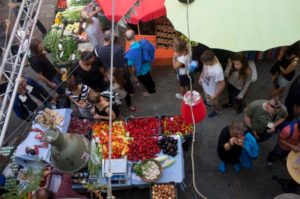 An unusual location for a community market in a popular night bar, but off the beaten path for a Sunday morning: visit the Farmer’s Produce market on any Sunday in Szimpla Kert ruin bar to taste some home grown veggies, home made jams and honey, etc. The atmosphere is leisurely, and you can really get some of the organic produces of Hungary. The market supports local families who grow and produce as a living. See some photos and videos of the Szimpla Farmers Market here. Szimpla Kert ruin pub has become a mainstream bar in the last decade, but on a Sunday, as a market venue, it is indeed off the beaten path in Budapest where many tourists head to the most well known Budapest market hall or halls. 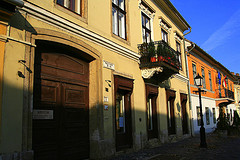 The Fo Square of Obuda, which is basically the main square of Old Buda district, is an enchanting place, and surprisingly so, as the old 18th – 19th century buildings are hidden by the soaring 10 floor blocks of flats built from concrete panels during the Socialist era. Fo Square features many lovely events throughout the year. Obuda Festival in spring, or the Obuda Christmas market are well worth a visit. Once in the neighborhood, you can take a visit to a lesser known museum, the Hungarian Trade and Tourism Museum with many interesting exhibits. Obuda is most known for the Obuda Island where the world famous Sziget Festival takes place each year. Old Buda (today the 3rd district of Budapest) also has a Synagogue. Obuda is only a 15-20 min ride by public transport, off the beaten track of more touristy areas in Budapest (downtown, Buda Castle, Heroes Square). 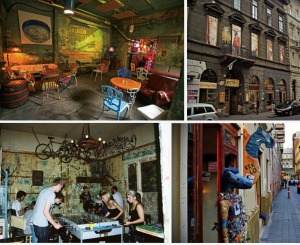 Budapest has turned into a paradise of cool, trendy bars and clubs with amazing interiors, nonchalantly mixing old and new, design and recycled, and offering fantastic concerts every day.

The collective name for these places are Ruin Bars Budapest. Most of these newly launched pubs and bars are located in 19th century residential buildings that have been turned into the star places of Budapest nightlife. Head to District VI and VII, around the streets called Kazinczy Street, Dohany Street, Kiraly Street and you will find thousands of people chatting and dancing in the dozens of bars of Budapest, the ruin bars.

If you are unsure which places you should check out, you can choose from many cheap and good pub crawls, special tours to show you the best bars in Budapest. Some of our favorite secret places are Fogashaz Bar (in the old Jewish Quarter) and Otkert behind the Gresham Palace of Budapest. 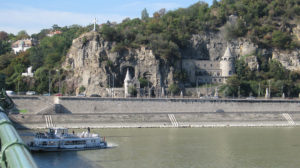 The church in the cave under the Gellert Hill of Budapest gets usually overlooked by visitors who check out the more well known Matthias Church in the Buda Castle district, or the majestic St Stephen’s Cathedral (Szent Istvan Bazilika). If you are at the Liberty Bridge (the green metal Szabadsag hid), you can take a look at this strange church of the Hungarian Pauline order (the Cave Church is in use, also used for marriages). Definitely off the beaten path and is worth a half an hour detour if you should be visiting the Gellert Bath. Once in the neighborhood, try a coffee and cake at Cafe Hadik on Bartok Bela Way. One of the oldest literary cafes in Budapest. 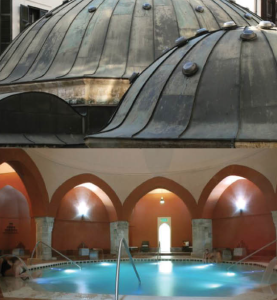 Most tourists know about the famous Budapest baths, like Gellert Spa or Szechenyi Baths, or even the crazy night bath parties in Lukacs Baths. But one thermal bath is a nice thermal bath hardly known by tourists. The recently restored Turkish bath in Budapest is the least known amongst the thermal baths of the City of Spas, as Budapest is often called. Most tourists who want to see a Budapest Turkish bath will either take a bath in the big and spacious Rudas Bath, or head to the ruinous historical Kiraly Bath. Veli Bej is unlike them: small, cozy, crisp new with a historical core from the 16th century.

Budapest is not the only place that features a cool Ice Bar where everything is made from ice. If you wonder what it might be like to stay in an all ice bar, give it a try. Ice Bar is conveniently located on Vaci utca shopping street. 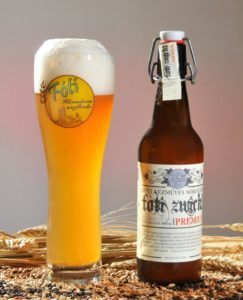 Although most visitors know about the excellent wine tasting tours (e.g. Wine Tasting in Buda Castle District, or the Budapest Wine Cruise), and Hungarian wines you can try in Budapest, in the last few years Hungarian craft beers got great publicity, and has been brought to Budapest Craft Beer Festivals. You can have a sightseeing Craft Beer Cruise to enjoy some of the outstanding Hungarian brews. 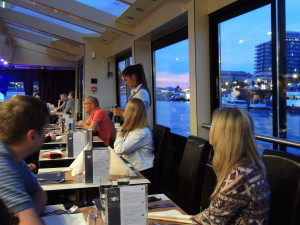 One would logically assume that a city which has a wide river running in the heart would have loads of riverview panoramic restaurants. Indeed, there are several Dinner Cruises on the Danube in Budapest along with dozens of other Budapest river cruises. Yet, it can be a challenge to find really good restaurants and dining options by the river Danube in Budapest. So our top ten list of Budapest hidden gems would not be complete with some tips to get a nice panorama with your meal. Read about the best Budapest River Restaurants with its pros and cons on Budapest Restaurants guide.

And we still have not exhausted all of the secrets of Budapest. It was hard not to mention Wekerle telep on the outskirts of Budapest, or Normafa Hill, for nature lovers etc. But hopefully this short list of top ten things to do in Budapest off the beaten path will be of some help.

21 people like this
Budapest, Things to Do, Top 10
Things to do BudapestTop 10 Budapest

Budapest Things to Do in One Day